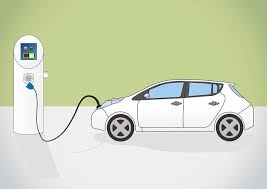 put up new facilities for EV chargers, robotics related to automation in industry 4.0. This venture will further have a positive impact on the emerging market of electric vehicles in the foreseeable future.

India: ABB India Ltd, the diversified energy products and solution and industrial automation major, is optimistic for India and has recognized new area to focus over the next few quarters. The company, which is part of the European major, is considering the emerging opportunities to work on electric vehicle charging ecosystem, robotics related to automation in industry 4.0, renewable energy sector, and railways in particular.

The company with 12,000 employees in India, directly and through its parent company, runs 39 product lines and is supported by 47 factories across nine locations. Sanjeev Sharma, Country Managing Director of ABB India, said, “With India making rapid strides towards the larger goal of power for all, we see ourselves playing a major role in this transformational journey. We have technology that can facilitate power generation all through to the power switch, and everything that goes into transmission and distribution system, including automation and management.” On the electric vehicle chargers and infrastructure, the Country MD said, “The group had secured an order for 3,000 charging stations in the US and we expect similar opportunities to unfold in India with both the Centre and State governments providing a push to the EV segment. Some critical size is required to begin the facility.”

According to BlueWeave Consulting, as the price of lithium-ion-battery is declining rapidly, the cost of a vehicle running on fossil fuel and one on battery-powered electric motor will become same for mid-size cars. ABB anticipates 30% of new vehicles sold globally to be electric by 2030. India can also attain a similar EV permeation level, if it provides policy support primarily with lower taxes and other incentives. The company, which is staking on the Indian market, wants the government’s announcements on the EV industry to be converted into action in the industry. The entire Electric Vehicle thing will work only with grid implementation. As EV is costly, we need to take some initiatives to make EV adoption happen in India. Tax reduction and incentives will thrust e-mobility in India. The wave towards the increasing demand for Electric Vehicles, owing to its positive impact on environment, has already been established within the major automobile players, and is working towards their upcoming models of Electric vehicles. The shift to electric vehicles from the conventional combustion engine vehicles will fetch a change in the overall ecosystem of Automobile industry. According to a recently published report by BlueWeave Consulting, on “Global Electric Commercial Vehicles Market by Propulsion type (BEV, HEV, PHEV, FCEV), by Vehicle type (Bus, Truck, Van, Others), by Component (Motor, Battery, Others) – Industry Analysis, Size, Share, Growth, Trends, and Forecast by 2018-2024”, the Global Electric Commercial Vehicle is projected to grow over a CAGR of 12% during the forecast period of 2018-2024 by value. The market is expected to reach around USD 149,316 Million by 2024. The expansion of the electric vehicles market is influenced by growing demand for fuel-efficient, high-performance and low-emission vehicles coupled with, stringent rules and regulations in several countries and growth of public charging infrastructures in countries like Norway, France, China and other developed countries. This is in-turn creating an opportunity for automakers to flood the market with electric vehicles. The highly populated developing countries like India will provide the future market for Electric Vehicles and its charging stations.