Facebook AI will change the online shopping outlook in the future

The current Facebook business model based upon renting user intelligence to advertisers will promulgate the predictive shipping aspect in the long run.

Global: With the powerful three key AI infused Algorithm, Facebook could use its massive data on user preferences to anticipate the products that consumers want before consumers even realize it, and could work with retailers on predictive shipping. With the use of new AI infused algorithms, the retail industry will have a positive impact in the years to come. 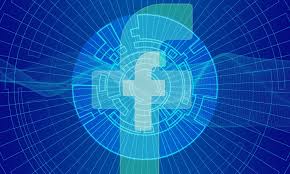 Facebook has had one rough quarter like shrinking margins, data privacy scandals and a market capitalization that has been clipped by more than USD 100 billion as the internet giant's shares toppled from a record USD 217 per share down to the USD 160 range. Facebook now needs to show analysts and investors that it push-start earnings progress to refurbish the faith. There is one clear path for Facebook to release its entrenched value and recover its mojo: Predictive shipping and Artificial Intelligence. The present Facebook business model is grounded upon leasing user intelligence to advertisers. Nevertheless of who is pulling out the data, Facebook fervently monetizes the advertising insights based upon our intimate details. It has algorithms that path what we like, watch and click on, and then it passes that information on to Facebook advertisers. Facebook has three new AI algorithms, which will push further into its aptitude to target users: DeepFace, DeepText and FBLearner Flow. DeepText evaluates massive amounts of information from commercial data brokers. DeepText can evaluate and interpret our own words to direct us towards products we most likely want to purchase. DeepFace is used to identify people in photos and suggest that users tag people they know. In reality, DeepFace can recognize any face in any photograph on its own. But FBLearner Flow is really alarming. It is the one that aims you on the basis of choices we have yet to make. It can precisely implement predictive analytics, knowing which advertisements to show, to which users, for maximum sales uplift. FBLearner knows what we want before we do. The next logical step is predictive shipping, where advertisers sends us what we want before we even order.

According to the market insights of BlueWeave Consulting, There is a normal growth from product recommendations to predictive shipping. Facebook precognition systems can trace products that charm to specific consumers before they even observe their own need, whether they are ready to buy or not. By releasing up consumer time, they generate happier and more trustworthy customers. Facebook, their users and shareholders all win. Facebook does not have to re-form the Amazon shipping structure, but could associate with their present advertisers who are already shipping. They are complementary. Facebook is much better appropriate to smaller retailers with very precise niche markets and Facebook has loftier predictive analytics. They can influence the key capabilities of each other. Their advertisers have the shipping and logistics skills. It is a win-win for the last mile to a customer's front door. Predictive shipping will be a big gamble. Facebook will be entering a new space in the shopping cosmos, where Artificial Intelligence and Algorithms will be the decision-maker. Facebook would apparently have some staid rivalry. Amazon was first to manifest a service known as “anticipatory Shipping” earlier this period. It is a concept that would permit the e-commerce giant to transport more quickly. Venture capitalist have been engaging a higher stock estimate on Amazon as the first mover, early manifest holder, but their manifest is grounded upon receiving products to staging points like warehouses or trucks. It has occupied the Amazon evaluation to four commas, or USD1 billion, just like Apple. This new Facebook 3 Keys Al based Algorithm model will witness a positive impact on the retail industry owing to predictive shipping feature propelling market growth in the years to come.